What it’s like to lose your favorite place in the World, your home: Hurricane Irma Series – Part I

If you know me or have been on my website before this post, you will know about my strong love for any and everything British Virgin Islands. These islands have been my home for as long as I have been alive and within that time a very deep connection was made with “Nature’s Little Secrets”. On September 6th, 2017, that bond was made stronger.

If you haven’t heard of Hurricane Irma, let me give you a synopsis. With wind speeds of 185 mph and gusts of 225 mph, Hurricane Irma ripped through and demolished the British Virgin Islands as we know it. Being the strongest storm ever to be formed in the Atlantic Ocean, this hurricane took many lives, along with the livelihood of the British Virgin Islands. Luckily, it didn’t take our strength and resilience.

The Day Before The Storm.

Anxiety reached an all time high on September 5th 2017, a day before Hurricane Irma destroyed the British Virgin Islands. As I sat on the couch in my Uncle’s home in Atlanta, Georgia that morning, my eyes stayed glued to the Weather Channel and my phone, to check any messages that came from my friends and my dad who were currently in the BVI. While I sat and worried, my dad along with many other residents of the BVI, scurried and scattered to the grocery and home improvement stores for any last minute preparations. Hope didn’t exist thanks to the images of Antigua & Barbuda plastered on the Weather Channel as Hurricane Irma battered them. That night, I did not sleep nor did I eat and I couldn’t even begin to imagine what was going through the minds of people that were in the path of Irma.

As Hurricane Irma left neighboring islands such as Antigua & Barbuda, it was the BVI’s turn to face it. At around 12:10 p.m. on the 6th of September, 2017, I got to make a phone call to my dad to check in on him. As I was speaking with him, I could hear the wind roaring and rumbling as the walls and roofs of our home started to shake and quiver as if a 8.5 magnitude earthquake struck the nation. Although the loudness of the wind was deafening, there were sporadic outbursts from people screaming and shouting. During one of those outbursts, our phone call was suddenly dropped. My heart dropped. I frantically scrambled to call my father, but it was to no avail. I quickly checked my Facebook Wall and saw many statuses from friends in the BVI asking for help to be saved because their roofs were being ripped from above them. At that moment, I felt extremely helpless and useless, but all I could do is wait.

As night time fell, the anxiety levels of relatives and friends who lived abroad reached its all time high and the little to no communication with the BVI did not help the situation at all. My friends and I desperately searched for information about the whereabouts of our family and loved ones but many of us were unsuccessful. Some of us heard from our loved ones hours later, while others didn’t hear anything until a week passed. As I woke up the next morning, my phone and TV screen were smothered with new images of the current state of the BVI. I quickly attempted calling my dad until I finally got through to him. His words shattered me. My dad is the type of guy to find the good in any and every situation no matter what. As he explained to me what he saw and experienced, my heart literally shredded into pieces. “Trees started to bend in unimaginable angles while the leaves were striped off of each and every branch of each and every tree.  The roofs of our neighbors were either being removed from above them or windows were being shattered which inflicted injuries on anyone close by. Along with the roaring winds, shaking walls, and screaming neighbors, I heard the sound of vehicles and furniture being tossed into structures or trees close to them. Power Poles, lines and cell towers were not spared in this Hurricane, if they weren’t snapped in half, they were folded into pretzel shapes. For the many families that lost their roofs during the storm, they had roughly 15 minutes to find nearby shelter before Irma started to finish us off. During those fifteen minutes of calmness, our upstairs neighbors which included a husband, a wife and their two kids, scrambled down to our section in order to survive the rest of Irma’s wrath.” Storm surges swooped in and took away everything on sea level grounds, adding to the devastation already caused by Hurricane Irma.

Many residents immediately  fled the country in search for a safe Haven, as the British Virgin Islands became unlivable. My World was at a stand still and there was nothing I could have done about it.

Hearing about the devastation is one thing. Seeing the images puts everything into a realistic perspective that you wished did not exist. Below are a few images of the devastation sustained from Hurricane Irma.

Our beautiful islands were transformed into an atomic bombed War Zone. I would type out what the British Virgin Islands looked like after Hurricane Irma but I think I’ll let the photos do the explaining.

I just want to know how this is even possible. Photo Courtesy of BVI Beacon.

A cell tower made of steel. Photo Courtesy of BVI Beacon.

Satellite Image of Virgin Gorda Before and After Hurricane Irma.

Before and After of Leverick Bay, North Sound, Virgin Gorda, British Virgin Islands.

A Ferry pushed onto a parking lot.

Over a month after Hurricane Irma struck my beautiful island home, we have started taking the necessary steps and processes to get back to the British Virgin Islands we all know and love. In this series of blogs about Hurricane Irma, I will be updating you guys on the progress made on our journey back to normalcy. However, it would be greatly appreciated if you can donate to the many BVI Relief funds here, whether it be through supplies or financial assistance. We are forever grateful for any assistance extended onto us. But to be honest, the only way we can bounce back from this catastrophe, is for YOU GUYS to visit or return to the beautiful British Virgin Islands when we are back up and running. Not only would you be contributing to our tourism industry, you will also be treating yourself to the best vacation you probably will ever have. For updates on what hotels, villas, restaurants and activities will be open, check out this website here or keep tuning into my blogs for Hurricane Irma series updates! Please do keep us in your hearts and visit us whenever you get the chance! Our doors open on November 1st, 2017 and we are expecting you! #BVISTRONG!

Thank you for reading and I hope to see you guys soon. 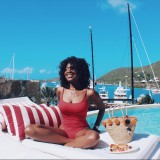 Follow this island girl as she shows you her World through fashion and wanderlust!

Wow! You really put a touching perspective on this! It is so devastating, and ruined so many beautiful places!

Thank you so much for reading!

Wow, these pictures are unbelievable. Such a heartbreaking disaster. That you for a touching perspective.

Thank you for reading.

This storm and the devastation it brought is just unimaginable to me. I feel so sad for everyone whose lives have been in the path of such upheaval. I hope your family and friends are doing well. Thank you for sharing this with us.

Thank you so much for reading!

It devastated me to see the destruction hurricane Irma caused. I traveled to the BVI a few years ago and was so enchanted by the sheer beauty. Sending thoughts and prayers to everyone affected.

Thank you so much for reading. Thank you for your thoughts and prayers!

Wow, this was so powerful and brought tears to my eyes as I read it! We see this on the news, but never get an impact of how it really affects the lives of people who live through it, as the media just turns to the next bit of news. Thanks so much for sharing, my husband and I will be donating 🙂 xo, Brittany | http://www.theblistblog.com

Beautiful written! Thank you!
I was on zion hill during Irma and Maria…

Thank you! and I hope you are alright!

As a resident of the BVI & a survivor of that monster Irma there are just no words to fully grasp the hell we went through. That storm came to kill & destroy & that it did. So many stories to tell, so much our eyes beheld all the while our minds struggle to process it all. Our lives have been turned upside down & wonder when will it get better, nothing’s the same. We’ve been scarred mentally & emotionally but we will push forward. It will be no bed of roses but we will be stronger. We have to,… Read more »

Oh my! Thank you for sharing your side of things! It’ll definitely not be easy but we have to make it back to where we were before Irma! And it will be a long road!

I love love your blog , written so beautifully. Also I’m from the Caribbean and the photos after the hurricane really hurt me , our small islands just being destroyed by massive storms. Looking forward to reading more post.

This error message is only visible to WordPress admins


Error: API requests are being delayed. New posts will not be retrieved.

Error: API requests are being delayed for this account. New posts will not be retrieved.

Make sure this account has posts available on instagram.com.